YOU REALLY ARE A PRINCESS

The evolution of the YA bookshelf is a frequent topic amongst publishing professionals. We point to Maureen Daly’s 1942 novel SEVENTEENTH SUMMER, the National Library Association’s coining of the phrase “young adult” in the 1960s, and the 1970s heyday of Judy Blume and Robert Cormier . We marvel at Harry Potter and Twilight, and we look uncertainly into the mid-twenty-first century, as “chick lit” and “new adult” came and went faster than the kale fad. Now, we ask ourselves, what’s next for YA – and what is (was) it anyway? 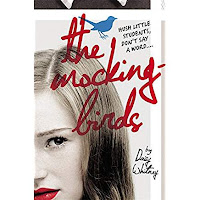 What, for example, makes Curtis Sittenfeld’s PREP or SPECIAL TOPICS IN CALAMITY PHYSICS by Marisha Pessle adult books, while prep school turns by E. Lockhart (THE DISREPUTABLE HISTORY OF FRANKIE LANDAU-BANKS) or Daisy Whitney (THE MOCKINGBIRDS) are intuitively placed on the young adult shelf?

It’s an oft-posed question about the genre: Why isn’t every novel with a high school-aged protagonist a work of young adult literature?  The theme of most replies to this question is that YOUNG ADULT novels feature not only teen protagonists but cathartic – dare I say hopeful – endings. That, in the end, the protagonist emerges not merely more or less triumphant over mortality or evil or agnostic despair but, also with a sense that things will take a turn for the better. So, in simple sum: optimism equals young adult. Can that be? I think there’s more.

In terms of narrative structure, Martel’s and Sittenfeld’s protagonists tell their tales looking back ruefully, with sober comprehension that they are not, in fact any better now than they were when their stories unfolded and that the world is a place that demands less-than. In adult fiction, if you’re a princess you’re Diana, not Meghan Markle.

Sometimes it takes more courage not to let yourself see. Sometimes knowledge is damaging - not enlightenment but enleadenment.  – Blue van Meer, SPECIAL TOPICS IN CALAMITY PHYSICS by Marisha Pessl

In the end, there was always your regular life, and no one could deal with it but you. ― Lee Fiora, PREP by Curtis Sittendfeld

Yes, I am a freak. But you know what? Someday, I just might grow out of that. But you, you will never stop being a jerk. -- Mia Thermopolis, THE PRINCESS DIARIES MOVIE based on the novel by Meg Cabot

It is not mere optimism that Mia reveals, but a greater sense of evolutionary identity – the possibility of transcendence, of transformation. Despite their youth, the teen protagonists of adult novels emerge from their travails “sadder but wiser” as the cliché goes. Meanwhile, Daisy Whitney’s Alex – not unlike J. K. Rowling’s wizard hero Harry Potter – takes on a leadership role in the group that initially saved her life and becomes, on a bigger-than-self scale, a fighter against evil. And Cabot’s Mia Thermopolis finds out both that she really is royalty and that she can be noble on her own terms.

And so, perhaps, it is not the age of the protagonist that defines a novel’s genre so much as the sense that who we are is not all that we can or will be. That, perhaps, the world can be saved. And that hope is not lost EXPRESSLY BECAUSE of our own innate potential. Or, to quote a red-head:

Anything is possible if you’ve got enough nerve. -  Ginny Weasley, HARRY POTTER series by J.K. Rowling 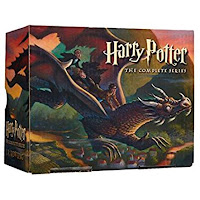