THE HOLIDAYS ARE HERE!

The kids are on vacation. The relatives are coming to visit. And you're not really feeling yourself--between the wrapping and the baking and toilet-scrubbing, you're not writing enough. Take heart, my beleaguered writer friends! Remember that the life you are living right now is fodder for the stories you will soon tell. Meanwhile, take heart in these writerly observations about this festive season. 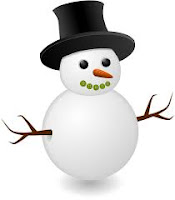 “It snowed last year too: I made a snowman and my brother knocked it down and I knocked my brother down and then we had tea.” ― Dylan Thomas, A Child's Christmas in Wales

“It was the beginning of the greatest Christmas ever. Little food. No presents. But there was a snowman in their basement.” –Markus Zusak, The Book Thief“

I know what I really want for Christmas. I want my childhood back...A child who is impractical, unrealistic, simpleminded and terribly vulnerable to joy.”  ― Robert Fulghum, All I Really Need to Know I Learned in Kindergarten

"As we struggle with shopping lists and invitations, compounded by December's bad weather, it is good to be reminded that there are people in our lives who are worth this aggravation, and people to whom we are worth the same."   - Donald E. Westlake 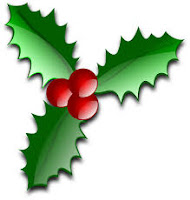 “Our hearts grow tender with childhood memories and love of kindred, and we are better throughout the year for having, in spirit, become a child again at Christmas-time.” – Laura Ingalls Wilder

“It struck him that how you spent Christmas was a message to the world about where you were in life, some indication of how deep a hole you had managed to burrow for yourself” ― Nick Hornby, About a Boy

“'Santa Claus has nothing to do with it,' the latke said. 'Christmas and Hanukah are completely different things'...'But different things can often blend together,' said the pine tree. 'Let me tell you a funny story about pagan rituals.'"  ― Lemony Snicket, The Latke Who Couldn't Stop Screaming: A Christmas Story

“The rooms were very still while the pages were softly turned and the winter sunshine crept in to touch the bright heads and serious faces with a Christmas greeting.” –Louisa May Alcott, Little Women

“One can never have enough socks," said Dumbledore. "Another Christmas has come and gone and I didn't get a single pair. People will insist on giving me books.” ― J.K. Rowling, Harry Potter and the Sorcerer's Stone
Posted by Stasia at 6:06 AM

Some are spectacular new hardcover titles. Others are old friends, already-available-in-paperback. Prose, verse, historical, fantastic...all are highly recommended for the MG and YA readers on your "nice list"!

LIFE & ART: A lesson from KING CHARLES III and THE NUTCRACKER

This weekend, I had the good fortune to go twice to the theater. On Saturday night, I saw KING CHARLES III at Seattle Rep, and on Sunday afternoon, I was wowed by the Emerald Ballet Theatre's NUTCRACKER. I always cry when I see that Christmas ballet not just because it brings back childhood memories or because I am impressed by the virtuosity of the dancers, but because I identify so closely with those teen ballerinas who have given their childhoods to their art and are now on the cusp of having to forego (or delay) a college education or to walk away from the identity they have so arduously, elegantly crafted for themselves up to now.

Intriguingly, KING CHARLES III tells a similar story. It is a fictionalized tale of the ascension of
England's current prince to the throne upon the death of his mother. Charles has been waiting in the wings for seven decades. Not unlike a young dancer, he has spent his entire life being cultivated to fill this unique role and so he must...of course?

Charles finds himself surprised by both the scope and limitations of his duties. He wants to be (feels almost supernaturally called to be) the "greatest king that ever was" but instead finds himself questioning parliamentary legislation concerning freedom of the press, causing a government crisis and provoking public chaos. Perhaps, despite all his study, he was not prepared for the life of the crown--did not really know what it meant. Perhaps his "greatness" lies down another road--one that involves stepping away from the throne.

Of course, the Rep play explores important questions about democracy and freedom. But in the context of a spectacular weekend of performances, the inquiry I found most pressing was: ARE WE wonderfully, entirely, only, tragically the thing we have been raised to become?

Many of the high school seniors I counsel have spent years cultivating their talents as elite athletes, performing artists, and student government leaders. Perhap they grew up dreaming of becoming professional athletes or movie stars and now I find myself advising them to consider their accomplishments only as ammunition for their college application essays and resumes--as experiences with end dates. No wonder they are terrified. The college application process is not just a simple step forward but, for many incredible young people, the setting aside of known accomplishments to take a leap into the abyss of their potential. No matter how many times I repeat, "I believe in you" -- No matter how many times I assure them that they will carry much of what they have learned into their future life and work -- can one ever really have certainty when they abandon one path for another?

Perhaps the Nutcracker's longevity is partly due to the fact that I can even see a parallel between our poor Charles III and the ballet's young Clara, who dreams of spectacularly beautiful diversions and then wakes once again, in her own home, to face the reality of what we call "growing up." Whether you are a seventeen-year-old ballerina or a seventy-something prince, this journey may be equally terrifying.