In the midst of working on a new manuscript, I suddenly found myself asking a question that SHOULD have had an obvious answer—especially because the story I am telling involves manipulation, crime, even murder: 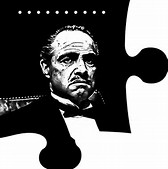 WHO IS THE BAD GUY IN THIS STORY? MY MC’s FOE? THE ANTAGONIST?

While I could easily write down the name of the killer, he wasn’t really the foe of the MC. I could name the characters who manipulated others or kept guilty secrets, but none of them were cut-and-dried baddies out to destroy my narrators. This question got me to thinking about the question of literary antagonists.

In genre fiction, where the term “villain” can frequently be substituted for the word “antagonist” (and correspondingly, the protagonist can be seen as a “hero,” naming the main character’s foe can be fairly simple. Here are a few examples:


However, let’s try this same exercise with new and old realistic fiction titles:

I realize I am not inventing any wheels here. This is basic stuff. HEROISM can be political, social, physical or emotional. VILLAINS can be external enemies or internal demons. You can confirm these basics with good old Merriam-Webster, who defines  ANTAGONIST is “…one that contends with or opposes another” or at LiteraryDevices.net where ANTAGONIST is described as “…a character or a group of characters which stand in opposition to the protagonist or the main character...from Greek word “antagonistēs” that means opponent, competitor or rival.”

Nonetheless, it is a worthy exercise to clarify the kind of ANTAGONISTIC characters, emotions, or other elements at play in your story and to develop them as fully as you do your PROTAGONIST and supporting “positive” characters.

Try holding your current manuscript up to the examples listed above. Which title most closely aligns with your story’s protagonist/antagonist dynamic? Can you think of another book which is a better match? Consider reading that title to see how the author fleshes out these elements and apply these insights to enriching your own story.