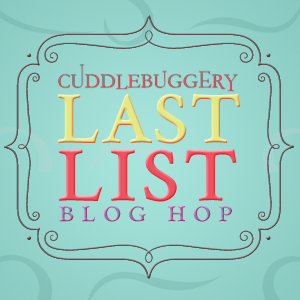 As a serious Anglophile, I was beyond thrilled at the opportunity to celebrate the amazing Ilsa J. Bick's latest YA horror, THE DICKENS MIRROR. The novel follows Emma Lindsay from the snowy chaos of WHITE SPACE to an an alternate Victorian London featuring not only the notorious Bedlam, but a very creepy version of one of my very favorite authors, Sir. Arthur Conan Doyle. Events complex and terrifying continue Emma's journey to the heart of an incredible question: Are we real?

I'm not giving away any spoilers, or answers. That said,  today, I have the pleasure of sharing this interview with a very real Ilsa right here at the blog!

1. After the post-apocalyptic setting of the Ashes trilogy, what inspired you to take the second Dark Passages novel to an alternate Victorian London?

Well, because that’s where the story led me.  A very wise writer once told me never to do the same thing twice; to always try something new and push myself with every book.  It’s good advice because I find that writers who tend to stick to the same subject matter get kind of stale.  It would be a little stultifying for me, as a writer, to revisit old territory unless I truly had something new to say.

Now, that’s not the same as saying that sequels are bad.  Obviously, they’re not, or I wouldn’t have written several ;-).  But after WHITE SPACE, I wanted to change things up.  We’d already been to a very creepy valley; people had died; we’d seen monsters; and so I decided that we now needed to go someplace both weird and somehow familiar for a different kind of monstrosity/monstrous experience.

Plus, to be utterly truthful, I’d never done an historical before, and I wanted to try my hand.  The genre’s quite intimidating, actually.  I mean, you have to keep it real and not turn you book into a travelogue.  The characters have to think in their own language according to where they are in history.  So much historical fiction becomes exposition, where you’ve got some character or narrator giving you a mini-history lesson, and that’s just boring (and silly, too; it’s not as if you reflect on the nature of electricity every time you flip a switch).  I remember that my editor wanted me to explain what a retort was, and I refused because, not only does it become self-evident on the next pag, you can figure it out from context.  (Or, honestly, look it up: this is why God invented Wikipedia.) 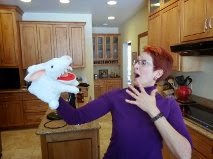 2. Both Ashes' Alex and Dark Passages' Emma have unusual things going on in their brains. Please complete the sentence, "The most incredible thing about the human brain is... "

…how much we really don’t know.  As a shrink, you know, I find how people think and the leaps they make, the lies they tell themselves (as well as the skewed views people have of the same thing) pretty interesting.  It’s not just that the brain is malleable because, after a certain point, it’s not.  Do enough damage, and what’s left is no longer really aware or even human in any sense that you or I can understand.

But, sometimes, crippling the mind in one way allows for the expression of other, hidden capabilities.  Stephen King used the conceit in Duma Key (based on a real head-injury patient), and of course, Oliver Saks writes about this all the time.  I’ve seen x-rays of guys with nails in their heads—and they end up okay.  Conversely, I’ve seen other people after strokes and such, and it’s heartbreaking because, sometimes, they’re aware of what they’ve lost.  At other times, it’s a mercy that they’re not.

3. You have written in many different genres, from short story to television screenplay. What lesson do you think you have learned from the diversity of your writings that you think writers in fewer genres would find beneficial?

Well, I wish I’d written screenplays, but I haven’t.  I have done work-for-hire, though, which is what I think you’re referring to: Star Trek, Mechwarrior, Battletech, Shadowrun.  What I’ve learned is probably what people already know but maybe don’t articulate is that every form has its own structure and demands.  I was once on a panel when that question was asked, and this other sf/f writer said it best: short stories are about effect (think Ray Bradbury), while novels are for both effect and arcs (or character development).  You have more room in a story to follow more complex ideas, which is a luxury you simply don’t have in a short story.  That doesn’t mean that a short story can’t be complicated, but you’re aiming for a denouement in a relatively few number of words, which means that every word just really has to count.  You have to weave in enough details very quickly to give your character some dimension and an inner life, and then get to the point, move the story along and keep it moving.

What you also learn is how to kill your babies—all those words you think you just can’t bear to part with—because not every word is golden nor deserves to live simply because you wrote it.

In terms of work-for-hire, what I can say is that I got some of my best training there.  Not only did I learn to work really, really fast because the turnaround is frequently quite tight, but I learned the elements of plotting: how to weave in a plot B so, say, the Enterprise crew struts its stuff.  Put it another way, it’s what Tess Gerritsen once said in a workshop: you incorporate subplots to give both you and the reader a break.  Straight lines are boring.  People can’t be running all the time.  Every genre has a structure, and every writer needs to understand both genre conventions and how books are structured.  That is, a thriller’s not action-action-action all the time; it can’t be.  Most thrillers have action-action-action…rest…action-action…rest…rest.  Really.  Go tear a thriller apart sometime, chapter by chapter, and make a graph; you’ll see that the book has a pattern.  I will frequently try to read a book for pleasure (tough; I am a jealous sort and wonder why the hell I didn’t think of that) and then tear it apart to try and figure out what the author did.  It’s just what you learn to do if you’re going to genre-hop.

Although one of the things I LUUUV about YA: how infinitely forgiving young adult readers are.  Most of my novels are mash-ups; The Dark Passages series is horror/fantasy/hard sf/historical fiction all rolled into one. That is very tough to get away with in adult fiction, where the categories tend to be much more rigid.  I think this is why YA has such appeal for me: because I’ve kind of got a magpie-mind; I like genre-bending and throwing in complexity.  Keeps me from getting bored, or eating a cat.

Want THE DICKENS MIRROR? Get your copy on
Amazon; Barnes & Noble; Indiebound; Book Depository; Powell’s; Audible; and anywhere else books are sold!
Posted by Stasia at 3:06 AM